As much as things change, they stay the same

*Leaving female dogs in tact not only leads to potentially thousands of homeless pets but causes deadly cancers.
*Over 3 million dogs are born each year, a very high percentage of these unplanned and unwanted and will face death prematurely.
*In just 6 years, one female dog and her offspring will produce up to 67,000 puppies that will all need medical care.
*Neutering improves behavior such as marking, roaming and sometimes aggression.
*16,000 pets are KILLED every DAY due to HOMELESSNESS alone, that's one killed every 1.5 seconds!
*Its believed that less then 10% of pets created in the US actually find a permanent home that lasts a life time.
*Less then half the animals that enter our shelter systems come back out again.
*Spaying and neutering is a practice that dates back as far as 284BC!  In the early 1900's brought along pediatric spay and neuter.  Boys sometimes done before they even wean from their mama.
*Americans spend up to a BILLION dollars annually to capture, house and euthanize them.
Source: Brandongaille.com
​Photos by Alexandra Williams 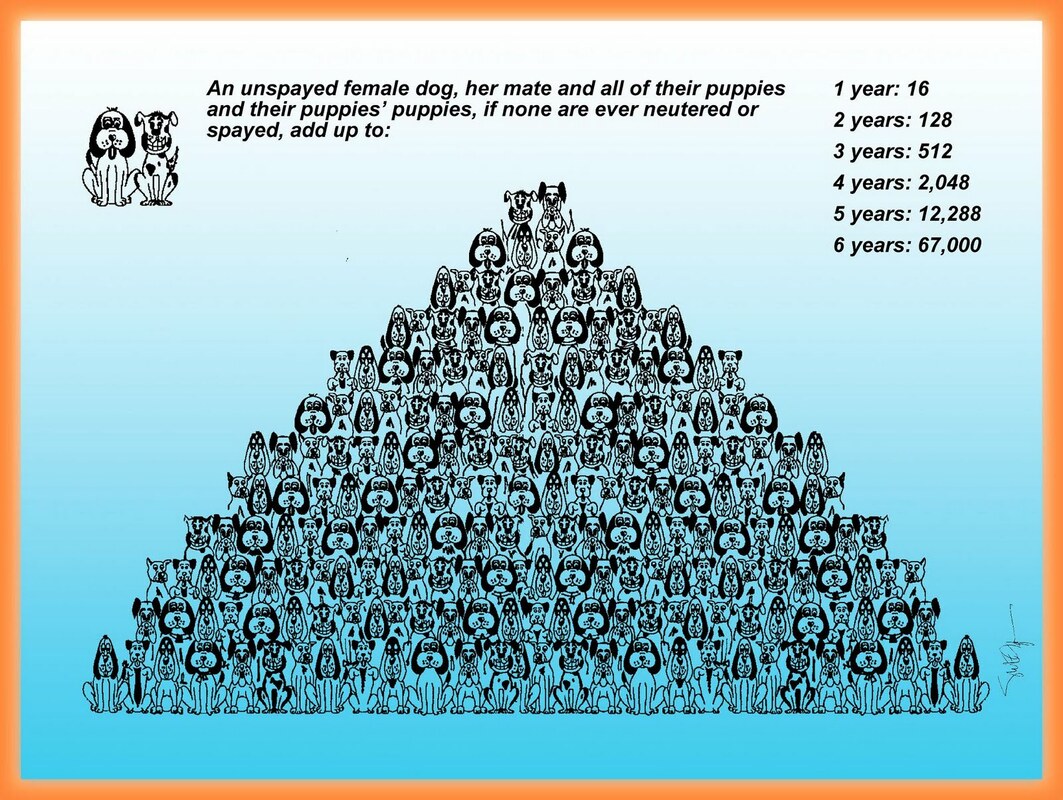