Unchainyourdog.org has a state animal law tool to let users see the animal definitions and policies in any state.  Missouri reads as follows:  These Missouri statutes comprise the state's anti-cruelty laws.  The term "animal" means every living vertebrate except a human being.  The provisions of sections 578.005 to 578.023 do not apply to the care or treatment performed by a licensed veterinarian, bona fide scientific experiments, hunting, fishing, or trapping, publicly funded zoological parks, rodeo practices, the killing of an animal by the owner, the lawful, humane killing of an animal by an animal control officer, the operator of an animal shelter, a veterinarian, or law enforcement or health official, normal or accepted practices of animal husbandry, the killing of an animal by any person at any time if such animal is outside of the property of the owner or if such animal is injuring any person or farm animal, the killing of house or garden pests, or field trials, training and hunting practices as accepted by the Professional Houndsmen of Missouri.  A person is guilty of animal neglect when he or she has custody or ownership or an animal and fails to provide adequate care, which results in substantial harm to the animal.  A person is guilty of abandonment when he or she has knowingly abandoned an animal in any place without making provisions for its adequate care.  Animal neglect and abandonment is a class C misdemeanor upon first conviction with enhancement to a class B misdemeanor for subsequent convictions.  A person is guilty of animal abuse when a person intentionally or purposely kills an animal in any manner not allowed by law, purposely or intentionally causes injury or suffering to an animal, or, having ownership or custody of an animal, knowingly fails to provide adequate care or control.  Animal abuse is a class A misdemeanor unless the person was previously convicted.
(1) “Adequate care”, normal and prudent attention to the needs of an animal, including wholesome food, clean water, shelter and health care as necessary to maintain good health in a specific species of animal.

Any law is only as good as the communities willingness to enforce it! 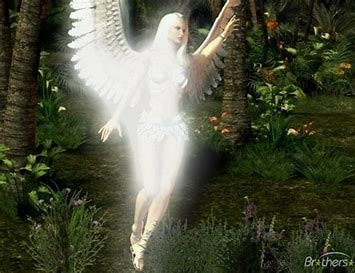 You or someone you know may be feeding abuse and neglect statistics and fueling the pet population if:
*Dogs are living on chains
​www.unchainyourdog.org/Facts.htm
Learn more about how chaining damages dogs
http://www.unchainyourdog.org/documents/EducationalPowerpoint.pdf
MUST SEE THE PRESENTATION ABOVE!
​

​*Abandonment is one of the most cruel acts a human can do
*Dogs are left to fend for themselves
​Dogs left to their own devices will hunt or die.  They eventually will start to offend on livestock which costs struggling farmers LOTS of hard earned money which is not received well and they will be eliminated.   They have horrible conflicts with traffic and wild life.

*Dogs being eaten alive by parasites which is of extreme measure in the forest!
We have seen puppies from the forest so wormy that the tummy worms ate thru to the lungs causing parasitic pneumonia.  Hard to treat and leaves permanent damage to the few survivors.  This old growth forest houses multiple varieties of lice, tick and other blood suckers that feed on wild populations or livestock.  The Ozarks has MANY deer, fox, opossum, coyote, racoons, snakes, spiders, skunk, armadillo, large cats from Bob Cats to Black Cougar, bats, birds of prey.  Dogs left to navigate the terms of survival with wildlife on their own must join the eat or be eaten mindset.

*Dogs breeding
*Dogs being restrained or tied up to be bred
*Newborn puppies without human care or protection
*Dogs being relentlessly bred for greed
If anyone you know is morally corrupt enough to force or allow anything in their care to be violated, and then profit from it...……….rethink the relationship!
If anyone has ever said to you "I just want the kids to experience new life" they are dumb and reckless!
If you ever see a dog who is suffering in any way, shape or form REPORT IT!

As a human with reasonable sensibilities, YOU MUST speak up!!  Report to Animal Control, Law Enforcement, Rescue.....Facebook, do whatever to get it told and stopped!!  Turning a blind eye is saying its OK and its NOT OK!!
If anyone you know can beat down a dog with weapons or bare handed is a person with a serious emotional issue!  Any one who causes any animal to suffer is against the law!!!  But only if you make so, by REPORTING!
The voice-less, the weak the vulnerable depend on it!
Would you let small children be violated?  Statistically, men who abuse animals are very likely to beat and abuse women and children.  This is a broken person that inflicts abuse on those weaker, rarely able to confront an equal and fair fight.  If it is your business when small children have "substantial damage" from guardians then so can animals!  Its your business if any "vertebrate" is being mistreated in any way.

​Abuse is defined as:
*Dogs being struck or kicked with anything
*Dogs starving or burning up in the direct sun
*Without adequate fresh water and shelter
*Or just a mean jerk who makes no apologies
*Kids who abuse animals are in serious need of evaluation by professionals

No matter who, no matter what, never accept by not REPORTING ABUSE!!